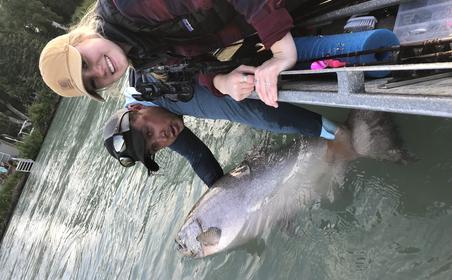 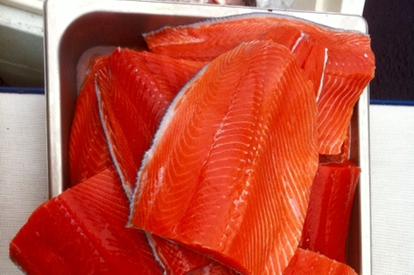 With runs starting in mid June continuing into early August, Sockeye Salmon (also known as Red Salmon) average 6-8 pounds. They are known for their tenacious fighting ability and brilliant flavored red meat. If taking home some tasty fillets after a day of fishing is one of your goals then sockeye are sure to fit the bill.

With runs starting in early August all the way into mid October, aggressive and acrobatic Silver Salmon (also known as Coho) flood the Kenai. These fish also average 6-8 pounds but late season Bucks can reach upwards of 18 pounds!

Arriving on even years in the Kenai, (2014,16,18 etc.) pinks take the river by storm in late July and early August.  If you want to take your children fishing and get them into bent rods and NON-STOP ACTION then a day targeting pinks is sure to promise smiles all around.

​King Salmon or Chinook are the largest of the Salmon Species found in Alaska and the first to arrive. Starting in May and running through July, we target kings on both the Kenai and Kasilof Rivers. The Kenai River is also where the largest kings in the world are from, in fact the world record king was taken from the Kenai on May 17, 1985 with a weight of 97 pounds and 4 ounces! 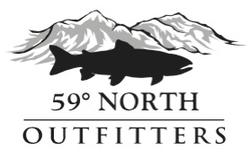